I have a 3 mobile contract and I received a text message telling me that if I did not put the sim card back in the phone provided, they would cut off the connection with that sim card.  Well the problem is that the Nokia N96 I originally had developed a software fault, so I put the sim card into a Sony open phone.

I phoned up 3 mobile customer service and argued my point.  I said to the guy on the other end that it was not right to switch my sim card off because the phone was faulty...  Basically it appears that because my phone is not going to work with the Internet, I wasn't going to be allowed to use another phone (except for theirs), presumably because they can't charge me for using the Net.  I told them my Sony phone works fine for text messages and phone calls which is all I need. 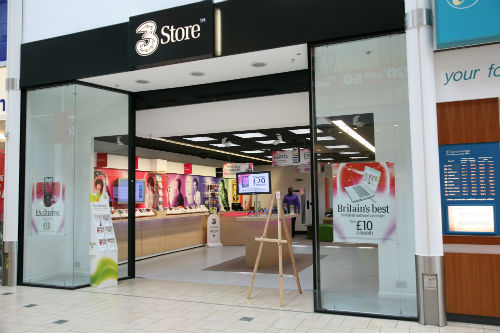 I don't see the problem I am not going to go buy a new phone at Ł200 plus so they can charge me for the Internet.  The sim card and my connection was turned off today as they promised.  I am now going to to cancel the contract for denial of service.  I have a phone that will make calls and send texts so how dare they dictate to me which phone I need to use with my 3 mobile contract.

I have never dealt with such a restrictive company in all my life, and to think that I am the customer paying their wages in a credit crunch and yet being bullied for not having the right phone just makes my blood boil.  I pay a lot of money for the contract and to have them treat me like this is not right.  British customer service is very poor.  I went to the 3 shop and the staff there were totally useless in my opinion.  They told me they have nothing to do with the contract side of the company and that all they do is sell phones, not deal with service agreements.  Absolutely terrible!