Here's my gripe, these boy bands such as One Direction, Take that, Big Time Rush, 5SOS, The Wanted etc.  Well what do these well known groups all have in common?  They are all more or less puppets that in my opinion don't have a great deal of talent and are paid to just sit up and do whatever their record company says.

They're told to shut up and sing a love song or some other soppy nonsense; usually to some mindless pop beat.  Not exactly original or creative is it?

All of this rubbish has been written, produced, and conceived by some fat cat producer that has been in the industry for years and 1. Doesn't listen to pop music 2. knows what kind of lyrics to put in a song to make money.

They just take the corniest thing you can say to a girl multiply the corn factor by 10 add some vomit and check it for sexual innuendo's.  After it's made clean, slap it to some elevator music with some well composed orchestral bit in it for good measure, then get the "boys" in the "Band" to sing at a certain tone so it is easy for the producers' team to digitally boost the voices up to sound like they have a god given talent and have been singing since they were in nappies. 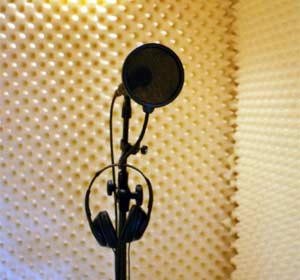 Music should take you on a journey, not make you want to vomit...

I will hopefully one day have children and I plan to let them experience a very wide range of music because I have a theory that the reason that people buy this rubbish is that they don't know what music is.I may be crazy, but music should take you on a journey in a emotional or intellectual sense, not make you want to vomit!  Some music makes a statement and voices an opinion, some are displays of lyrical excellence, and some is structured to enhance your physical state to "bring you up" and to let go and dance around the fire so to speak.  Anger is not a good emotion for music to create and that is all that Pop music seems to bring out in me.

Out of all this the main thing that upsets me is my generation ( all 20-30 year olds) has had some incredible music come through and there could be allot more of it if investors wouldn't keep backing this fast food pop music.  We are pumped with it through the radio and T.V 24/7 and when I get older future generations will look back and think what a complete waste of time that musical era was.

In the past two years Westlife broke the Beatles record for UK number one's and Bob the Builder was the best selling record of the year 2000...  It might be just me, but doesn't that just sound so wrong?

Abuse of a Boyband is wrong. But for goodness sake don't keep playing their records out loud! the best way to discourage them is by making them not feel like a victim. As it happens and the state I've seen some people in at gigs,the organizers will not compensate you for it, If you foster the attitude that the boyband is a bad one you are doing no good to anyone.
It is the people who purchase their long-players that perpetuate their existence.
Mark Collar's word, they are here to stay!
01/09/14 collar
1

I'm not going to be "objective" or "neutral" in this post. They say that one's musical taste is a personal thing and should not be judged. Even if this is true (I personally don't think so...) it doesn't change the fact that I will never be able to understand how can ANYBODY find One Direction, JLS, Lady Gaga and the likes better than, say, Pink Floyd, Black Sabbath or Motorhead. What the f**k is wrong with those people who do?! The real problem is not that the boy bands and pop stars are pathetic beyond belief - the real problem is that there's awfully lot of people who buy and enjoy their stuff...
31/08/14 Adam
3

there was a boy band with real singing skills (rather than miming skills) - they were called "Mandate" but unfortunatley, they did not kiss corporate ar*e so they didnt go very far
18/03/13 K.J.Fowler
-4

I would have to agree that all boy bands sound a like to me as well, there is absolutely no difference in the sound of each boy band, just different guys singing almost the same songs. I actually don't listen to boy bands, but at one time I did listen to one or two of them. Between the two they didn't sound any different from each other. I don't like boy bands anyway.
09/12/12 Donna
-1

It takes all kinds to make this world and unlikely as it seems there are lots of people; young, not so young and old that will queue for tickets for the latest Boy Band Concerts. You may not agree with their tastes but they have every right to spend their parents' or their own cash on the type of music they prefer. There is no accounting for taste nor music appreciation. Just be grateful that you do not spend your hard earned cash on the stuff.
18/03/11 islwynpaul
-7

Of course they are mostly crap. How many of the singers have voices good enough for a successful career in music once the band has split? Then again the music isn`t aimed at old fogeys like me, and I am well aware that your average 7 or 8 year-old finds them exciting.
22/11/10 Biscuitbum
-5

One boy band that REALLY gets on my nerves is JLS.I mean,for God 's sakes,they had dolls made after them! Next month,expect the Justin Bieber and Bruno Mars to completely swamp your loal toy shop!
13/11/10 DSG
5

I'm fed up of all the young whipperschnappers who, because they can sing at least one out of every five notes in tune, and have a certain 'attractive look about them' get together and start singing take that and westlife - hoping to become the next them on x-factor. And thats exactly what happens. They don't create their own music or even differntiate from the other boy bands out there. I rememer the good old days when it took talent to become famous. Now all it takes is dog like obidience and loyalty to a record producer, a reasonably in shape body clothed in topmans latest tight fitting apparell and a silly haircut, oozing with gel.

"I have told her that it is only a cynical ploy to get people to part with their cash."

The music, like all music, will soon be illegally in the wilds of the online world. There won't be much cash parted with at all. And then of course there's always recording from Radio 1 for one's own consumption.
16/07/10 pete
9

My daughter is in seventh heaven over robbie williams re-joining take that. I have told her that it is only a cynical ploy to get people to part with their cash. Trouble is you cannot get young people (she is 37, which is young to me) to see the world as it really is, they get these fixed ideas in their heads.
16/07/10 oldandgrumpy
-2

I'm trying to put together a "Standout Boys" band of instrument-playing,EXTREMELY telegenic,
early 50's to mid-60's rookie garage rockers.(I'm 56,and would be the drummer/lyricist/singer.)
Would we older "boys" also suck?
05/12/09 JimBrad
-8

I used to like boybands... but they suck now lol all fake looking...i hate the lyrics... the simplest beat possible and that gets the audience to love the music...aish...

i've gotta say though. the only boy band I can really cherish is DBSK. (korean boyband) they are the line between "idol/star" and "artist". they definitely look good, but they also have talent, the lyrics are extremely deep, most can play the piano (or drums), all of which can sing (accapella and in harmony) and can dance their butts off while doing it...

I used to like boybands- when I was 8. I'm now 13 and I can't stand them. They're all so posy and perfect. If you like them, then that's fine. I'm just saying I find them fake and totally average with very little talent.
P.S What's with jumping whilst holding a guitar? It looks so idiotic!
05/09/09 Tallbloopy
2