Is anyone else really fed up with listening to Chris Evans on his Radio 2 show broadcast every day around teatime?  I do admit that he can be quite funny at times and I often enjoy the show, but he is no comparison to Johnny Walker surely?

What Chris did on Wednesday teatime was unforgivable!  He announced the following song - the brilliant 1990s hit by Mark Morrison 'Return of the Mack' - played it for only five seconds, during which my friends and I excitedly turned the sound up so that we could enjoy the song, when suddenly without warning, he cut the record and said smugly "No, don't worry, I am not going to play that!".

We turned off the radio in disgust...

What gives and why did he start playing the song in the first place?  We turned off the radio in disgust and have not switched it on since!  Chris Evans is obviously quite full of himself these days and I wont be listening to his show in the future. 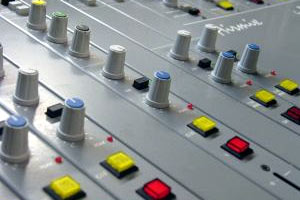 In this case Chris Evans did more than cut the song short he insulted his audience!

For years Evans has had ME. All he talks about is me, me ,me.......... More recently its his wife has cars and his bloody kids and to really take the p1ss he has to have the annoying little bugga on the radio. Sooner he goes the better I struggle to listen to him and very rarely have R2 on in the morning if i do its not for long because he spends more time speaking than playing music.
20/12/18 Evans supporter
-6

Well, the GOM and I will miss him. I used to hate him, but since he sobered up and matured he has become one of the best presenters on Radio 2. He insisted on having the excellent Moira Stewart to read the news, reviving her career. His show has loads of top stars as guests, some of them playing outstanding live music. He has lots of children calling in to the show and is very good at talking to them, making it an entertaining couple of minutes when they're on.

I dread thinking of who we're going to have to replace him, Sara Cox and Zoe Ball are ok, but if it's Dermot O'Leary, Vanessa Motormouth Feltz or Claudia Boring Winkleman we'll be tuning in to another station.
13/09/18 grumpyoldwoman
2

I loathe this ginger RUNT, non stop dross every morning,xmas will be almost bearable knowing this little shit will be slinging his hook.
12/09/18 nosher
-2

What is the point of Chris Evans ? He's amateurish, loud, interuptive, plays with the sliders and is grossly overpaid
11/08/18 chestnut
-3

Oh, I do love to see a well thought out and properly written critique.
25/07/18 grumpyoldwoman
1

Can't stand him either. Leave radio on over night and now and wake to this awful nattering and chuntering from him and cackling and guffawing from his guests.I.guess someone must like him
10/11/17 Nora
0

He's a self indulgent part! Must have a hold on someone in the BBC nepotistic hierarchy!
19/07/17 mr blue
0

Chris Evans is rubbish, unfunny and boring. He obvious has friends in low places. How else would he get such a good ,overpaid job? Make me sick...
19/07/17 lTrevor B
1

I find Chris Evans soooo hard to listen to. He is an ego on legs. It's all 'me me me'
Sycophantic when anyone is on his show to the point of it being cringeworthy!
So full of himself, arrogant and ignorant. Please take him off the breakfast show. Please!!!!
27/10/16 Heidi
-2

I am a big fan of radio 2. But I cannot stand Chris Evans. I agree with the previous comment regarding his "jingles". They are extremely annoying.
15/06/16 Dodster
1

My wife likes to listen to him in the morning but I cannot stand the honking horns, tired soundbites ("welcome to planet earth") and stupid tarzan calls - the latter which he delights in playing right over the start of a song. It was tired the first time I heard it and is long overdue an overhaul.
25/05/16 enough already
1

I really, really can't stand him. I can't even listen to him anymore. The way he apologised for that guy on his show swearing...proper disgusting, like he was so super concerned that a kid may of heard. So what?? Get over it!! It made me feel like I'd upset my mum.

He has the ability to fill in space with empty words and that is what people take for entertainment nowadays. He talks so fast in order that you might give up and not concentrate on how vacuous his conversation actually is. He is a sign of the times.
11/04/16 zipper
-3

I cannot stand Chris Evans, I cannot even stand the tone of his voice, along with all the inane rubbish he talks about.
When you hear some music you like, and he cannot be bothered to tell who who it is or the title. He usually launches into bloody cars.
I also do not want a `sprog` on early morning shows.
31/07/14 Judy
1

Figures released today show that Chris has increased the audience once again. Never has the Radio 2 breakfast show been as popular as it is now, even in the days of the great Sir Terry.
9.83 million listeners can't be wrong!
15/05/14 Samson (Delilah's too busy to post)
-2