On Friday 8th of December 2006 I started the day as many others.  I picked up the mail on the mat, made a cup of tea before going outdoors for the day.  I came home about 4pm to find a package left outside my front door, on top of some rubbish waiting to be dumped at the local tip.

The parcel contained an Apple Ipod Nano that I had purchased on eBay for my fianc?e as a Christmas present!  The Jiffy bag was soaking wet, as were the contents.  I called Royal Mail to complain and was told that I could claim ?32 compensation, if I could prove the postage!

I was also told that it was the senders fault for not insuring it properly.  They then said that with first, second or even recorded delivery, the actual delivery was not GUARENTEED.  I could not believe what I was hearing.  Recorded delivery ? not guaranteed?

I explained that had the item been damaged or lost that would have been the senders fault, but considering that an employee of Royal Mail had just dumped it outside my door this was a different matter and quite unacceptable.

Yet again they refused to compensate me for the full loss!  I am now left with the cost of buying a new Ipod Nano at ?124, with only ?32 back from Royal Mail!  I spoke to the seller, who was very helpful indeed.  She then told me that was why she had sent it recorded delivery.  First I knew of this, as the delivery person had somehow torn off the recorded delivery label from the package!

I called Royal Mail and asked for proof of delivery.  They advised me that they could not track the item until it had been delivered.  Great, so now I am waiting for them to try and prove my signature which I know will be either missing or fake.  I certainly didn?t sign for the package. 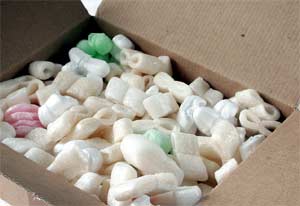 If the delivery person tries to forge the signature it is fraud and if they do not get a signature it should surely be classed as tampering with the mail?  Be aware, Recorded Delivery from Royal Mail only means you have asked them to get a signature for the item ? in other words no guarantee it will arrive in one piece.

It appears that their service is fine until you encounter a problem! They are supposed to pop a card through your door and return the item to the sorting office for either collection or re-delivery!

What are you up to Royal Mail? Is this how you treat a customer after you negligently damage their property by just leaving it outside in the rain?  I am totally disgusted and would advise using other couriers in future!

By: Westcliff on sea, Essex

I can't see the rason why we have different prices for first class mail and 2nd class mail. The prices and delivery rate aren't dissimilar. Let's have a flat rate for mail deleivery no matter what.
29/04/14 Flat rates
0

in the last 6 months ive recorded and taken evidence of 19 letters that had the corners peeled off all thse letters contained cards not one card came untampered and not one ordinary letter came tampered. clearly someone was looking inside. royal mail stated and I qoute

'''' we recieve many complaints like yours where cards/letters have been torn on the corner. I would recommend that royal mail organise tours to see our sorting equiptment as this equiptment actually damages the letters through the sorting process''

really? build a new machine maybe? or as an alternative stop hiring monkies with no morals!
10/04/12 courier1
4

I have received several parcels via Royal Mail sent Recorded Delivery which have had their labels removed and been delivered as `normal` post. On a couple of them they only removed the front label not the return address label so you could see it should have been Recorded.
I use online couriers now, much cheaper and better compensation, not always good at collecting on time though
29/09/11 ebayahabitimtryingtokick
9

Royal mail have delivered at least two Recorded Delivery items to me in the past month without obtaining my signature. In one case they just put the parcel through the door in the second they just left it on the doorstep. The Royal Mail are a joke, Recorded Delivery is worthless and the sooner they are privatised the better.
20/03/11 Paul
3

I have to say Bil that it would surely only be someone who worked for RM who would try to defend them as their service in reality is atrocious. I think with the increase in post due to internet shopping RM are unable to cope. Instead of employing more people they just make the same amount of employees cope resulting in lack of care due to a shortage of time and and an excess of stress. As for using Special Delivery, this service costs more than most people can afford. I have provided proof of the cost of the service I used but they have still refused to honour their obligation.
12/02/11 Carol
1

Ive just had similar experience. I sent 2 parcels, 1 recorded delivery and 1 first class and they delivered them both smashed. They were well protected, or at least against normal handling. Royal Mail must actually try to break them Im convinced. I put in a claim form for each and as you say, we are told that we can claim up to £32 for damage. Ive received the reply to one of the claims today and they have rejected it and sent me a book of 6 x stamps. Im furious!! Each item has cost me £14+ and Im expecting the same reply to the other one. I will not be sending anything breakable from now on with Royal Mail.
12/02/11 Carol
-9

recorded delivery isn't insured, there is £41 compensation as standard with it though, for non-valuable items.
It is the senders fault for not sending it via the appropriate method (which would be special delivery), that would then guarantee it for the next working day by 1pm, and have £500 insurance as standard. I very much doubt that the postman would tear off the recorded delivery label, as the sender would have a proof of postage that stated that the package was sent recorded delivery, if the postman did indeed do it, it would be grounds for a dismissal.
I know the people at Royal Mail can sometimes be d1ckheads but it aint so bad.
I work part time in a post office when i'm not at school so I get the odd bollocking from customers even though we have nothing to do with the delivery of mail.
11/02/11 Bil
-3

I bought an Ebay Item which didnt get delivered. I then sent a stroppy letter to RM saying the phone was legally mine, they had lost it (Tracking stopped at one of their depo's) and I want full reimbursment for the cost of the mobile phone they had lost. They tried to cope out saying they wanted the reciept (If I didnt reply in 10 days, they would consider the matter closed). I sent another letter with a copy of the recipt I gained from the Ebay purchasee. I have just had my claim rejected with the comment - Next time I want to claim, I need to include the original reciept used to post the item. Just also found out, the maximum they will pay is £50.
04/02/11 Richie
-3

I do quite a lot of shopping on eBay etc and the Royal Mail are generally okay - however today I received a parcel that I thought had been sent recorded delivery(it has the stickers on it) - and it was just through the letter box. When I entered the code on their website, I discovered that the postman had forged my signature and stuck the parcel through the letterbox. Whilst I can see that this could be useful (I leave the house at 7am for work and don't get back until 7pm) - as it would save me a trip to the PO, it is also very unhelpful; how long is it before the signature is forged and the parcel goes missing?
22/11/10 3steps2heaven
-1

I sent a recorded delivery after Royal Mail said I can send a fake coin back to the fraudster ebay seller who said it was genuine etc. I sent it back, & Royal Mail lost it!
Now they are blaming me for daring to pay extra for 1st class post & for a signature on delivery & the Royal Mail are also saying that I cannot send anything of value!
I asked Royal; mail on the phone & said what can be sent, but they did not know, yet they expect the public to know the rules that are not on prominent display at the post office!

Royal Mail are a joke!
Why have a postal service that misleads customers & then blames the customers for doing exactly as advised to do?
Bit like a police officer saying divert down a one way street the wrong way & then arresting you for their mistake!
27/10/10 kevin
-10

I am truly scared now ive just bought a PSP with loads of games. more than 10 in infact so I asked what she sent the psp by and she said 1st class recorded delivery Im really worried
06/09/10 TERRA
-3

Another Royal Mail 'Sorry, we missed you' card

We don't deliver any item above ground level!