I've just come back from the local chemist and I'm a little less than impressed with the service in there.  I'm sure it's not the same everywhere, but I always seem to pick the worst ones.

All I needed was some something to relieve the pain from some rather nasty mosquito bites that I acquired.  I had a fair number of them and they itched like hell.  Now I know that this isn't the sort of thing you go to the doctor with and there's nothing worse than a hypochondriac, so this is why I thought it would be a good idea to go down to the local chemist and ask for advice.  It's not rocket science and I would have thought that they would probably know what works and what doesn't.

Not the case though, instead of a helpful and fairly knowledgeable assistant, I was faced with someone that clearly would have been better suited to a job behind some supermarket checkout.  I didn't need highly trained expert advice and I wasn't expecting to talk to someone with a medical background.  I thought I could at least count on the fact that they would know a little bit about the products they were selling though and be able to offer some basic advice. 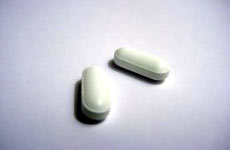 I felt I was just an inconvenience to her ...

This woman clearly didn't give a damn whether or not I got what I required and I felt as if I was just an inconvenience to her.  When I enquired about what was good to treat the bites and which works best, I was just pointed at an array of products all claiming to do the same thing. No advice, no suggestions, just pick something and off you go.

I think at the very least counter staff in a chemist shop should be trained and given some basic knowledge of the products they have on sale.  A little guidance and at the very least good interpersonal skills would go a long way.

And another thing, why is it the only person who can make up a prescription goes off to lunch between twelve and two?  It's almost like they know that is the only time you can get out of work.

I am a counter assistant, I have been for about a year and a half now. And I work on a Saturday...But I am not ill qualified as many people think Saturday workers are. I have taken a course specific to being a counter assistant and making sure that our customers are satisfied with the service that has been provided. Whoever served you was an incompintant fool and shouldn't have been allowed to work at a pharmacy. If she felt she wasn't able give the best advice she should have referred you to the pharmacist who would have been able to help you.
29/01/12 Saturday girl
-3

all pharmacy counter assistants should be npa trained.
03/02/11 debs
-5

So your assumption is that people who sit at supermarket checkouts are dumb. How enlightening.
15/11/10 Joe
-12

...so you should know that diamorphine's full name is (3,6)diACETYLmorphine, being a fully trained pharmacist. 2 extra acetyl groups is not the same thing as tacking on a whole extra morphine molecule
05/09/10 Paracelsus
0

Pharmacists have no obligation to sell medicines to anyone if in their opinion it would be inappropriate to do so. Every year a couple of pharmacists get struck off for making inappropriate sales. Furthermore, since earlier this year we've had to exercise much closer restrictions of sales of codeine-containing analgesics such as Syndol because of the potential for addiction; codeine is not particularly active but in the body is converted into morphine; and heroin (diamorphine) is essentially two morphine molecules stuck together. So yes, codeine is equally as addictive as morphine or heroin. All codeine-containing products are now required to have a warning on the box about the risk of addiction with more than infrequent, short term use. If you're needing to use Syndol daily, maybe you have got chronic daily headache from analgesic overuse and need to see your GP?
And yes, am a pharmacist and have been for 7 years after I completed my five years of training.
26/08/10 Mr Pharmacist
-13

counter assistant, I do not think it is at all reasonable to compare syndol or nightnurse to substances such as heroin, crack or methamphetamine. Suppose a counter assistant refused a sale of syndol or nightnurse to me because they thought I was an "addict"? (it has happened)
how do I know that he or she herself is as pure as the driven snow? he or she could be using any kind of substance, legal or illeagal for all I know.
14/05/10 Mr Hicks
-32

mr hicks, firstly syndol is not a over the counter medication is a pharmacy medication, which does make a difference, and secondly addictions to syndol and/or night nurse and such are as much of a addiction as illegal drugs, a addiction is a addiction whether its legal to buy the product or not.
14/05/10 counter assistant
-9

in response to a comment on this page, I would like to add there are many questions and information a pharmacy assistance needs to ask, and if they have any suspicion on if the drug is being abused they are allowed to refer you to the pharmacist who can get a better view on the situation and use his/her judgement on whether to sell that product or not. if a drug is being miss used pharmacy's are not obliged to sell you them.
14/05/10 a counter assistant.
11

im sorry you had such a bad experience although I can reassure you that most pharmacies aren't like that and the health care assistants are usually trained and very helpful.
14/05/10 Lixie
-11

some people are just down right rude wether u help them or not,its a spoonful of manners what they need.
13/05/10 not always right
-10

ste, a pharmacy assistant has the legal obligation to ask two questions to a person wishing to purchase an over the counter product like syndol, the first is, is this medicine for yourself? and the second is have you used this medication before? if the customer answers yes to both questions the counter assistant or pharmacist has a legal obligation to sell the product. Also when talking about addiction ste, I think you need to differentiate between simple things like syndol or nightnurse and REAL addictive drugs such as heroin or morphine.
17/03/10 Mr Hicks
-28

I work in a pharmacy for asda and we are trained and give adivce to the products we sell, for the lady complaing about the sleeping pills. If u buy them regually you will not beallowed them. They are for tempory use, if you have a sleep problem, you should be seeing the doctor. Sales of sleeping tablets are sold behind a pharmacy counter as you can become addictive to them this is why you would of been refused this sale. Asking nicely will not change the fact you have had them alot or recently. A sale once a month is enough if that for temp use, with out a perscription.
26/02/10 ste
-4

Has anybody else been refused an over the counter medicine out there?

I take a couple of syndols every night, it gets me off to sleep nicely. However on a number of occasions including this morning I have actually been refused, despite asking politely and having the money. I think this is totally outrageous. The syndol company want to sell me their product and I wish to buy their product. It is not fair on the workers of the syndol company (based in oldham) that pharmacy workers block the sale of their product. The law should be that if a person wishes to buy an over the counter product he should be sold that product !
18/02/10 Mr Hicks
-6

I can sympathise with your comments, but having just started work as a complete novice in a pharmacy, I have to say that I have had a bit of a shock with how much I need to learn about selling over the counter products. Although I am sure I'm doing a better job than the assistant you are talking about!
15/02/10 louie
-19

shutup u soft get if it was that easy why didnt you directly ask for something instead of asking questions. yes it may of been easy but obviously they didnt like the look of you
17/01/10 louise
-8