The National Rail Equiries helpline aren't exactly helpful are they?  I was going to Wembley Arena to see a concert and had decided to take the train rather than risk a parking nightmare and the possibility of being stuck on the motorway etc.  It was pretty much a one off gig and I really didnt want to be late for this one.

I had no trouble finding out the train times on the Chiltern Railways website using the journey planner, despite the fact that it was powered by thetrainline.  For those who havent experienced this site on a bad day, it can be a complete nightmare.  As it happens, according to the journey planner my trip to Wembley looked straightforward with one change at High Wycombe.  The total time for the journey was estimated to be an hour, but being cautious and on the advice of the venue information site I decided Id check with National Rail Enquiries helpline that there wasnt going to be a delay due to track works.

I experienced a bit of a delay getting through to one of their agents, but this was to be expected because I did call in my lunch hour and I would expect the helpline service to be quite busy.  I didnt catch the name of the person who dealt with my query because he spat it out and moved on before I had the chance to take it in.  I should have realised at that point that it was going to be a very much one sided conversation. 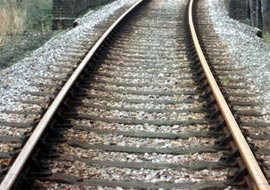 I explained where I was travelling from and where I was travelling to, and that I was just making sure that my journey wasnt going to be affected by track replacement works.  I was just about to provide more detail on the route I was taking, i.e. changing at High Wycombe when I was interrupted and told that I would have to go in to Marylebone and take the underground out to Wembley.  Maybe I needed to rephrase my question slightly because this person wasnt capable of dealing with customer enquiries on an individual basis!

I tried again to explain that I already had a route planned and that I was going to make a change at High Wycombe.  However, this person just could not accept that I knew where I was going and how to get there, and insisted that I would HAVE to go to Marylebone first.  This would mean I would arrive at Wembley at more like 8 Oclock, nearly an hour later than the way I wanted to go!

I gave up on this 'helpline' in the end, and just asked if there were any known issues in the Wembley area, to which he responded not that they were aware of.  Tomorrow I shall travel to Wembley via High Wycombe as I originally planned and not the way that National Rail Enquiries helpline suggested I should. Ill just have to hope that it all goes according to plan as far as the engineering works are concerned.

That NRE almost invariably gets you to a representative in India reflects a lot that is wrong with this country. The desire for cheap labour - whether it be overseas or through the massive levels of immigration - is absolutely insatiable.

The UK is racing to the bottom and the opportunities for workers, together with their rights, are being undermined relentlessly.

I find it offensive that I end up talking to someone living thousands of miles away when making an enquiring about local train journeys. It feels cheap and nasty, and the difficulties in communication can be immense, and I've often been given misinformation.
25/04/14 miserablemoaninggit
0

I have just rung NRE at 22:10 and an automated voice kept repeating that I was number 1 in the queue. After 15 minutes I gave up, having received no response. Does the person on the other end just take the phone off the hook - are they taking the p***.
24/04/14 Disgruntled
0

NRE are useless most of the time. I dont call them now unless I have a complaint. its 50 50 as to whether you will get a uk call centre person, regardless of when you call.. and if you dont you get an indian call centre worker - which I have nothing against- except that between my english accent and their often heavy indian accent - communication can sometimes be difficult (god knows how they deal with heavy regional accents) and I really dont trust someone in mumbai to tell me what is going on with trains in Reading...
06/01/11 commuter
-9

Have tried to find out about train cancellations, due to delays/cencellation by snow (not shown above). Please simplify this page or front page by adding this information/ contact details to this page. Many thanks
19/12/10 TM
-7

I travelled with my mother-in-law, who is a wheelchair user, to Birmingham from Coventry on Saturday at a very busy time and I would like to say a big Thank You to the staff who assisted us.
There are always a lot of negative comments, so I thought it would be good to post a positive comment for a change! I firstly contacted the helpline to enquire about accessibility and was told both stations were accessible. To make doubly sure I first of all went into the station before parking the car and found the Customer Service office. The man there told me to park and go back and he would organize someone to take us to the platform. After purchasing the tickets I went back to the Customer Service office and soon had someone to take us to the platform - taking a lift up and then another lift down. This man was very helpful (I forgot to ask his name). He notified Birmingham of our arrival, and lo and behold someone appeared at our carriage door with the ramp and we were soon off the train. This man (Malcolm) took us all through the station, again up a lift and out to the main shopping area. The whole thing was repeated on our journey back - it went like clockwork. Thank you very much Virgin and Rail Network staff.
11/10/10 Happy Traveller
-20

dear dear dear no trains from newcastle to york after 8.3o pm im exasperated, every other day they leave at 11pm but not on a SATURDAY going to see Ronan I hope he realises what im having to do DRIVE it takes double the time and car parking hell here I come
26/02/10 haz
-9

Web link National Rail enquiries is useless for planning train to underground journeys - why can't they join it up for England's capital city - why not do it in time for the Olympics?
29/08/08 Tony
-5

It's not surprising that NRE are crap. Thanks to good old privatisation, we don't have one integrated railway network anymore - as the previous poster notes, NRE are relying on the numerous TOCs to provide their train running info, and then they have to pull all that information together. But they have no idea as to whether or not it is up-to-date information - if a TOC doesn't inform NRE of any late cancellations or service problems, then NRE are pretty much clueless. Bring back British Rail - it makes so much sense.
25/05/08 Ella
5

I work for NRE (National Rail Enquires), and the information we give is the information that we are supplied by the Train Operating Companies (or TOCs). If the information is inccorrect then take it up with the TOcs themselves and don't asume that it is the advisors fault, we are normaly quite busy and cannot help it if we are too given the wrong information!
09/04/08 NRE STAFF
1

I needed to call National Rail Enquiries as I had a query about my journey. I was prepared to have to wait in a queue and then eventually be connected to a call centre in some faraway country. On the contrary the phone was answered immediately. I spoke to a very nice lady who took time to look up the information and was very helpful. What a pleasant suprise! Unlike Transport for London. When I needed to know if Stanmore station was going to be open one patiular saturday I could not find a phone number and had to email them. I got the answer a week after my journey.
05/03/08 Brenda Young
-16

As a rail worker myself, I advise people never to consult NRE. Time and time again I've been presented by confused passengers nonsense times for departures, arrivals and destinations. I estimate that 75% of the information they manage to provide is wrong.
09/09/07 Ricardo
10

I have had one exprience with National rail enquiries which was not the best. I needed to travel to London from York, then get a train from Waterloo or Clapham to take me on to Portsmouth.All I needed was the times) The person I was unfortunate enough to get was from an Indian call centre who obviously didn't know London and was adamant that I could not get to Clapham from Kingscross without going first to Croydon on the Thameslink and back up to London (Actually the way I eventually went was from KX to Victoria on the tube then a 7 minute ride to Clapham)But according to the call taker in India there was no such service.

No I always use the web to get my train times:- www.nationalrailwaytimetable .co.uk and for the Underground just type London Underground and a similar timetable format appears.
06/01/07 Bike rider (motorbike)
-5

I have used National Rail Enquiries for years now, and every time the advisors have been more than helpfull. Anyone who cant get information form this service is more than useless themselves.
26/10/06 Dave
7

I've used National Rail Enquiries in the past. They're less than useless. The Rail Journey planner is much better in my opinion.
29/06/06 Rail Traveller
18