I have noticed a bit of a trend since the National Living Wage came into force and I am wondering if anyone else has?  Shops, mainly large chains, now that they have to pay a fair wage have seemingly cut the number of staff they have working at any given time, which obviously is having a knock on effect to customer service.

For instance my local supermarket, the store can be heaving as would be expected on a Saturday with people doing a weekly shop.  However there is one person looking after 15 self service tills and one person on the kiosk - when often the queue can be 20 people long, one person on the customer service desk and then maybe half the manned checkouts working. 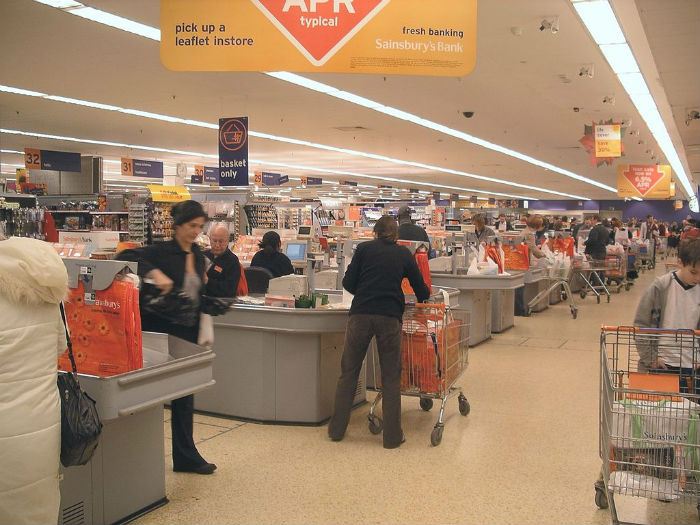 This leads to customers getting frustrated and annoyed at having to wait so long and invariably they take it out on the harassed sales assistant - "Why aren't there more people serving?" or "There should be two of you on on a day like this!" - I am sure the sales assistant is asking the same questions, however they have very little control over the staffing levels.  Add to this the extra tasks they are given to complete in a certain amount of time and customer service becomes less of a priority - unless someone complains to a manager of course and then everyone is given a ticking off.  It's a no win situation really, don't complete your tasks within the time given, as well as serving customers and dealing with complaints about there not being enough people on and it will be brought up at your next review and you will be told to just get it done.  Don't serve people properly and give them a smile and good service and get complained about and again, hauled over the coals.  Give good customer service and have people complain about the length of time they have to wait and the same result.

The National Living Wage comes down to profit

This seems to have become worse since the National Living Wage came in and I think it comes down to profit.  Obviously the National Living Wage has pushed up the wage bill and down profits, so instead of absorbing the cost as large, national and multinational companies could feasibly do, they cut the amount of staff to bring the wage bill back down and the profits back up and blame the shop assistants for poor customer service.

Maybe if people were a bit braver and instead of complaining to the sales assistant, or even the manager because even the manager is given a budget they have to stay within or face the consequences, the complaints need to be made to the company head office, detailing that the queue was 20 people long with only one person serving, or there was only half the manned checkouts open at a peak shopping time and ask why this is?  Complain to the people that can actually do something about it rather than the front line workers who can't, and don't get listened to anyway.

Incidentally you would expect that the smaller and less profitable shops would have more of a problem with this but seemingly not, I use the smaller shops a lot more now because the customer service is so much better and you are not standing waiting in queues for 15 to 20 minutes to be served!

Sorry but there is no escape from the hands of the free market. By responding to the left wing clamour for what they devided was a fair wage, or living wage, rather than allowing the free market to decide what that should be, we end up with job losses, higher prices and poorer services. There will be fewer jobs for school leavers, the low skilled, young people wanting a part time job while at college etc, as I did. And in time it will be more economic to bring in automation and robots. Who will the left wing idiots who clamoured for these wage rises be blaming then? And when that person at the tills loses their job and cant find another, who will be blamed?
28/12/16 paddy
0

Have you noticed opening hours fro shops has been reduced and there are longer queues and less staff serving you.

Watch out for businesses closing down as they fail to afford the price hike in their staff payrolls.

Watch out for angry staff not getting their expected pay rises.
02/11/16 Watch Out
0

@ Monty ( The multi-handled Troll), Time for you to look silly again. The state pension is protected by the triple lock, and we all know which way the CPI is heading ( one of the factors that calculate our rate rises). Look at it this way, us brexiteers made the bed, but we are now also forcing you remoaners to sleep in it, sweet dreams.
19/10/16 Next
0

The revised National Living Wage will mean more workers being put onto zero-hour contracts, and more so-called "self-employment" where one can only afford to pay oneself a maximum of £3 per hour.

The revised National Living Wage was only affordable when the vast amount of unskilled work was being done by the so-called EU migrant labour force from Eastern Europe [Poland Latvia lithuania Czeska, Slovakia, Hungary, Romania, Bulgaria] or refugee labour from Afghanistan, Libya, Pakistan, Somalia, South Sudan wherever , on near slave labour wages. All these really welcomed this new wage amount, but following Brexit they are not so sure that they will be able fully to enjoy it.

All it will do, along with Brexit is to lower service standards and increase inflation. The old dears will wonder why their pensions just haven't kept up with the new cost of living. Why haven't their pensions been upped in line with the new National Living Wage?
19/10/16 Monty Python Guide To Affordability
-1

Living wage was a great idea in principle but the knock on effect is employers think as long as they pay that its all good, example: CNC programmer 1985 was paid £17 per hour today its minimum wage, Hydromat programmer 1985 was £24 per hour today its minimum wage, bus drivers earn less than 1985. these examples are from my personal experience, good idea bad execution and monitoring of the effects of introducing a living wage, as i direct result all our kids most proberbly will never be in a position to afford to buy their own home in their whole lifetime
04/10/16 Dell
-1

Complaints to Head Office just get passed back to the local manager in most large chains with a comment (sometimes implied) "Why can't YOU deal with this?"
23/09/16 Charmbrights
1

Hi there,
I do appreciate the gripe having waited for ages and using up a lunch break at work to get some lunch and pay for it never mind sitting down somewhere quiet to eat. I work outdoors by the way.
It was much the same in many supermarkets before the National Living Wage came in, now the people who pay it rather than just minimum wage are using this as an excuse to not have enough staff working at busy times such as lunchtimes and just after work finishes for most people.
If my area had a 24 hour supermarket then I would probably get my weekly shop at odd times like 3am when there's hardly anyone there to create a queue.
23/09/16 ahforfoulkessake
1