I recently discovered the list below of the charities with the highest paid staff in the country and it makes for very distressing reading. As a matter of policy, the Ten-Percent Foundation will not be donating to any charity in future that pays a CEO or equivalent more than £75,000, which we believe is a reasonable wage to be paying a decent manager or director involved in a non-profitable and charitable venture. 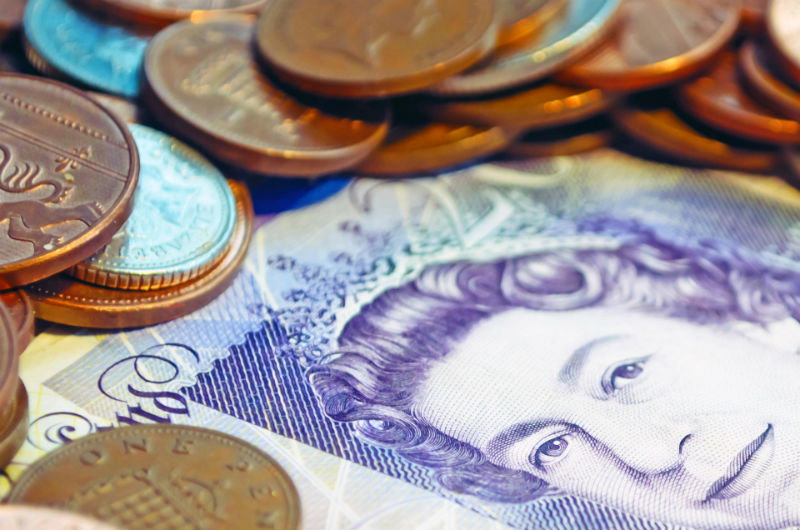 When did all these charities sell out to the corporate world and the excuse of 'independent salary review experts' determining salaries for their CEOs? How many international accountancy firms have been involved in plucking figures from mid-air to determine how much the RNLI fork out to a paid head when most of the people involved are volunteers? These days all charities with a certain income must disclose the salary being paid to the highest paid member of staff.

This means that the public can see where part of their donations and spend with a particular charity is going.

In the past 14 years, the Ten-Percent Foundation (the charitable trust receiving the Ten-Percent Legal Recruitment donation - £66,000 to date) has donated to a number of charities including some of those below - The British Red Cross and the CAB, which seem to have been paying out salaries in excess of £140,000.

Had a leaflet through the door asking for furniture that the BHR will collect so filled in the form then had a email asking for photos, I don't think so if they have enough money to decide whether my donation is good enough for their shop then obviously I not interested in donating anything. Then decided to check what pay the ceo is on £189k so they can go do one.
10/12 Jush
0

This is crime disguised as commerce. It is time for taking up corporations for their crime will never be unveiled, give it a little more time. Tracy Roofing Pros
26/11 Mycris
0

The charity racket in this country is a disgrace that ought to be legislated against. www.handysolutionsjcg.com
03/11 Jackson Steve
2

There are more and more charities appearing and it's for everything from A to Z, it seems that anybody can set up a charity for anything, and then wait for the cash to come rolling in, I agree that anything over £75,000 a year is pure greed, how can they justify getting paid 2 -3 times more for running a charity than the PM gets for running the country.
I think it is about time these so called charities were reined in and had a complete overhall, the RNLI are asking for donations then sending money to other countries, if they want lifeboat stations in these counties then let their own government pay for it, and not the generous public in the UK
27/09 Frodo
3

Charites and the pay scales of their CEOs...we are oxyMORONed!
13/09 a citizen
3

I used to work in the Age UK back office as part of work experience programme run by DWP. Noticed interesting things. Elderly lone people are charged £16-17 per hour for cleaning services, supplied by AgeUK own agency staff, also leaflets were distributed to those elderly who do not have family but have fully paid mortgage - to roughly spkg hand in the keys in exchange for lifetime care services. I could not believe my eyes, and run off out of this work placement. This is crime disguised as commerce. It is time for taking up corporations for their crime will never be unveiled, give it a little more time. They say, society is changing - no. It is the corporate capitalism is a leach, govt, banks, pharma backed up by police and military are all in it together. Zombi apocalypsis is here.
21/12/20 Anichka
5

I agree with your concerns...I have received solicitation from ageuk to donate L10... I’d prefer donating my time as a retired RN and senior myself, but nothing in the form let’s me do that...It is scandalous that CEOs get paid over L80,000. Just like in the USA. I won’t give money if CEO salaries are extravagant..
10/11/20 Jane
3

Its time most charities were defended as well as the BBC
Every charity should have to declare how much of every pound donated goes to charity
They should also have to declare how much is paid in salaries and pensions to senior staff out of donations
The British people are being fleeced at a time when they can least afford it
Somebody should be making them much more aware
That British Legion has 70 million (yes 70,000,000) in reserve but will still expect everybody to buy a Poppy and further prop up their finances (as well as ensuring all obscene salary amounts and pension payments are made
They say charity begins at home, well let greedy executives give up most of their salaries and donate them to their charities.....like that would ever happen.
Wake up Britain, I say again......YOU ARE BEING FLEECED
06/11/20 Gordo
5

The salaries that are paid out are far too great, we now hear that some of these charities are 'hoarding' money; whilst I agree there should be a reserve fund this sounds like business and not a charity.
28/10/19 seaurchin
8

Mind was left off that list as well. All these charities are effectively NGO's not charities doing the Government's bidding in return for funding from the Government so they have no business asking the public to donate to them as well. There is nothing 'non governmental' about NGO's though. They are unelected arms of the Government that Parliament has no control over.
20/03/17 Lemsip
7

And how much do these charities pay call-centre sharks to put out mass-marketing calls to 90-year-old widows who feel badgered into donating part of their pension? Then once they've made a donation they get bombarded by further calls from the same and other charities, none of which will take 'No' for an answer, until the poor people feel suicidal. The charity racket in this country is a disgrace that ought to be legislated against - but as usual our spineless governments do nothing to protect the vulnerable.
14/10/16 carl
11

These salaries are OBSCENE and UNBELIEVABLE !!