It's pretty tough to make a living these days as a an app developer.  It takes time to build something and to compete in a huge market place of apps built by developers trying to do the same thing, add to that wading through the minefield of complications with coding for the iPhone and Android, each with their own peculiarities and it can really be quite a challenge.

What makes it worthwhile though other than the satisfaction of building something that (hopefully) lots of people will use and enjoy?  It's definitely not the fact that you're going to make a lot of money by people buying the app.  Most people don't want to buy apps at all and there's evidence to prove that they really don't.

To make some money with apps we have adverts and in-app purchases.  The adverts make some money and more often than not they're done using something called AdMob provided by Google.  That works OK and of course Google takes a cut, but it doesn't really make much.  It's very much like the ads you see on most websites provided by AdSense and to be honest the revenue from that has dropped in recent years too.  In-app purchases seems like a good idea and then if you also consider offering users an option to remove the ads with a one time purchase what could be wrong with that? 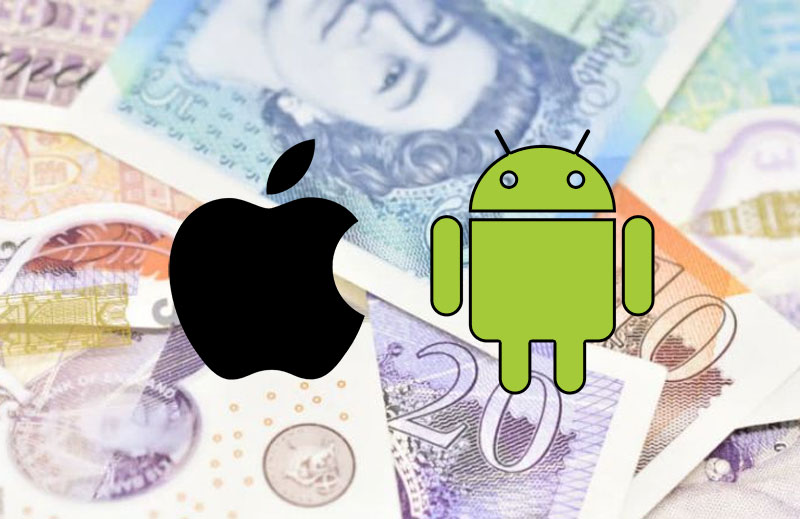 The issue I have is the 'commission' of 30% that both Google and Apple take when processing in-app purchases.  I think it's an absolute disgrace and as you'd expect many users might expect these big companies to take a cut, but I'm willing to bet that few realise just how big a slice of the pie that is.

Is there an alternative?  Not really, because the App Store and Google Play are where most people go for their apps and of course no one wants to buy anything and if they did of course the same 'commission' would apply.  At least Google don't also charge $99 a year to be a part of the developer scam (sorry I mean programme), and of course the Apple app approval process is quite frankly ridiculously slow - but that's another gripe.  Right, that's enough of the rant.  I'm skint and I'm off to stand on a street corner with my sign that reads "Will code for food".

Google have finally made a move and cut the fee to 15% - however I doubt that Apple will do the same.

Fair enough. The trouble i find is that a lot of apps are designed and built for what the developer wants and not what the user wants. And as for testing, i mean every possibility, well that's another story. I don't get me started on being asked to log in then i do and it then dunps you at another page, BT is the worst. I log into the app, click on deals for existing customers, then it says log in, well i already have. Ffs. I get dealing with Apple and Google is a nightmare, but design and test something customers want and need.
24/11/19 Andy
15