If there's one thing that really annoys me, it's they way that so many people frequently complain about the elderly these days.  For example, I was just on FB and a friend of a cousin had posted a comment about an old person who had been holding up a queue of shoppers.  Apparently the argument was all over 9 cent discrepancy in their bill.

This was her original comment.  "Promises to Never hold up a check out line when the price is 9 cents more than it was advertised to be...  especially when the lady behind you (Me) has a screaming kid!!  Old people drive me crazy sometimes!"

I had to respond immediately with "Okay, I've been the one in line with an upset kid too, but you've got to understand these OLD people you talk about deserve some respect.  They've seen things you can't imagine.  If that old lady or old man wants to adhere to the price they were expected to pay, take control of your kid and yourself and let these people stand their ground.  You don't have to understand it, you don't have to like it, but if that was YOUR grandmother or grandfather in line, wouldn't you let them have a little dignity?"

After as few minutes I had more to say... 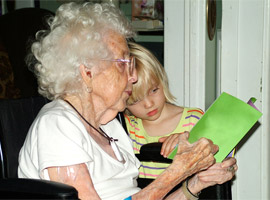 "I'm not through with you yet.  Most of these OLD people you speak of are on a fixed income, set up by our precious government on the idea that they won't live past 65.  The inflation goes up when their social security doesn't so they HAVE ...to pinch pennies.  Maybe that's also because their worthless sons and daughter have forgotten who gave them life and brought them into this world.  And who 'in God's name' made your time more precious than theirs??  For you're information - you will be old one day too!"

I am a Christian with a hard background and it makes me so angry when come across people who have this kind of thought process.  I'm 38 and I have a lot of respect for my elders, they are so smart and excuse me, but it really ****** me off when people disrespect the ones I hold dear.  My elders know so much more than I can ever imagine, stupidity and ego is what is making the world so unpleasant.

I had an issue a while back where i was sat on a bus bench and moved away to make room to let her sit down.I came back and she told me she was annoyed that I had moved because of her as they was plenty of room. I was bit surprise and had to get the bus
22/10/14 me
0

I have elderly relatives, some now deceased, and my stepdad was older than most parents so I'm used to people who are set in their ways and cranky when things go against them.
But older people especially those who fought in world wars and korea, vietnam for american vets, have lived a life and have much to pass on.
Their biographies would put many many 22 year old so called celebs stories to shame.
20/07/13 ahforfoulkessake
-1

I just turned 60 in december, I don`t like being this age, I turn the clock back if I could. I always got irritaded by the ways of old people when I was in my 20`s, & still do from time to time because I`m still pretty sharp. I don`t look forward to becoming infirm. If only someone would come up with a way for people to stay young forever!
31/01/13 hairyfairy
-1

Well I think older folk often find things more difficult. It is easy to get annoyed at apparent rudeness when you hold a door oen for an old person and they don't acknowledge you, but for SOME older folk they are simply less aware of what's going on around them. They may not really have noticed you. Please - that's no meant as insulting.
People are often very kind to the elderly, but likewise they are more vulnerable and open to abuse. I am a TaeKwonDo black-blet - I am not invulnerable by any stretch of the imagination, but I am less vulnerable than most folk in certain situations. I am pretty sure that when my joints creek, muscles start to waste and my reaction times slow I will be feeling very conscious of the fact that I will one-day become an easy target.
Some older folk know that they are not as sharp as they used to be, or as fit and able, and this must be frustrating. Counting money with shakey fingers probably or pushing your trolley efficiently round a supermarket isn't so easy.

I do remember as a teenager (I was actually a nice teenager) being in a bus-queue behind an elderly woman. All at once she turned and whacked me in the legs with her bag - I swear it had a brick in it! Good for her for carrying the heavy weight!. She then proceded to tell me off because she 'knew' I was about to push in front, and then lectured me on respect and that she blamed the schools. I was mortified, totally innocent of the crime and very embarrassed.
I don't know where she got that idea from, but perhaps she lived in an area where youths were rude. Perhaps she was fearful of the fact that I, a youth, was standing behind her, and felt that I was about to take advanatage of the fact that she was elderly.
I don't condone her behaviour but it is a sad fact that some of our ederly are fearful. Yes some are rude, grumpy, befuddled, but we need to remember that there are reasons and remind ourselves that we'll be in a similar position one day.
25/05/11 Critter
-8

I feel that the main reason that people complain about the old is fear of their future, to them my advice is getting old may be depressing, but the alternative is more so.
20/02/11 Roo
-5

Awwwwh! That's a lovely little tale - really makes you feel some empathy. I've stopped getting irritated with 'older' drivers, as I imagine my parents being behind the wheel, and then think of myself in the not too distant future. As I'm getting older, I find older people much more interesting to listen and talk to. Ageism in all its forms is pure ignorance and completely unacceptable!
16/01/11 miserablemoaninggit
-1

"NoNeedForName" where on earth did you come across that little fable? Its like something Carlo Collodi (Adventures of Pinocchio) would have comeup with?
09/01/11 Big D
1

I think Jarvis Cocker said it best - anyone against old people needs to have a listen to Help The Aged by Pulp.
20/12/10 MrWonderhorse
6

A frail old man went to live with his son, daughter-in-law, and four-year - old grandson.
The old man's hands trembled, his eyesight was blurred, and his step faltered.
The family ate together at the table. But the elderly grandfather's shaky hands and failing sight made eating difficult. Peas rolled off his spoon onto the floor.

When he grasped the glass, milk spilled on the tablecloth. The son and daughter-in-law became irritated with the mess. 'We must do something about father,' said the son. 'I've had enough of his spilled milk, noisy eating, and food on the floor.'

So the husband and wife set a small table in the corner. There, Grandfather ate alone while the rest of the family enjoyed dinner. Since Grandfather had broken a dish or two, his food was served in a wooden bowl. When the family glanced in Grandfather's direction, sometimes he had a tear in his eye as he sat alone. Still, the only words the couple had for him were sharp admonitions when he dropped a fork or spilled food.

The four-year-old watched it all in silence. One evening before supper, the father noticed his son playing with wood scraps on the floor. He asked the child sweetly, 'What are you making?' Just as sweetly, the boy responded, 'Oh, I am making a little bowl for you and Mama to eat your food in when I grow up. ' The four-year-old smiled and went back to work. The words so struck the parents so that they were speechless. Then tears started to stream down their cheeks. Though no word was spoken, both knew what must be done. That evening the husband took grandfather's hand and gently led him back to the family table.

For the remainder of his days he ate every meal with the family. And for some reason,
neither husband nor wife seemed to care any longer when a fork was dropped, milk spilled, or the tablecloth soiled.
17/12/10 NoNeedForName
-5

"hi you say you are a Christian, then less of the swearimg, my pupils use this site also for reseach.
Thank you very much"

In addition, School Teacher, it has become apparent that most of the obscenity which finds its way onto this site is posted by teenagers anyway.

By the way, for a teacher, your spelling and punctuation are pretty bad. But that seems to be the norm for teachers these days.
11/12/10 grumpyoldwoman
-14

School Teacher, keep your instructions for your classroom. This is an adult site and some swearing is to be expected now and again. I bet your lessons are a real hoot! I'm yawning already!
11/12/10 miserablemoaninggit
-13

I understand being old makes life harder, but I do not feel being old demands respect. I know that in the case of my generation nearly all old folk had fought for their country, but that age has nearly all but come to an end. Most old people have not done any thing extrodinary and many are rude feel they should be treated differently becayse of their age.
11/12/10 YjjB
-8

We were young once and probably did silly things too. Part of growing up and part of learning.
08/12/10 Young ones
-6

hi you say you are a Christian, then less of the swearimg, my pupils use this site also for reseach.
Thank you very much
08/12/10 School Teacher
-16