Prior to privatisation under Margaret Thatcher, we all paid reasonable amounts for life sustaining products such as electricity gas and water.  But now it's getting to the point where workers on lower salaries, the disabled, unemployed and pensioners are unable to afford these weekly or monthly bills.

I have 3 children and my average electricity bill used to be 40 a month and up to 60 in the winter.  When using the tumble dryer more regularly that might go up a little bit more.  Now my electricity bill is around £20 a week, and thats without using the tumble dryer!  Our family has not grown and we havent added a games arcade to the shed or anything else that is power hungry, yet the electricity companies seem to charge more and more for the same amount of power. 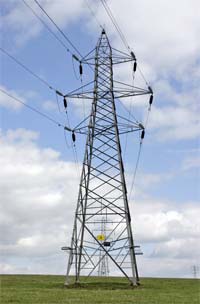 My mother and father have the same problems as do my in-laws, we are all struggling to pay our monthly bills.  Bear in mind that this is before water meters become compulsory and the addition of waste charges.  Where is this going to end?

As British citizens we should ask for our utilities to come back under OUR control, not foreign companies or share holders.  Left as it is, we are going to have a severe crisis.

I did not ask for coal fires to be replaced with all these modern heating systems, it was forced upon me by local authorities.  I used to be able to keep warm by burning a lot of my waste, which saved on landfill and heating costs; also cooking by this method when using coal burning stove was also cheaper.  They forced these mod cons on us, telling us, they would save us time and money - what TOSH!  It's costing more now than ever before, and we cannot go back now to coal burners!

And we don't seem to have any recourse for complaints.  They put a "watchdog" in place for us to make sure we get value for money..  Well HELLO?  It's not actually working..  I seriously see big problems facing the UK and it's getting worse by the month, these companies are making millions upon millions, and we see no benefits from this unless we are shareholders..  Corporate greed has overtaken the need for other fellow human beings to survive..  Just look at the Aberfan tragedy, enough said!

"We Need A Financial Safety Net" I logged on last night to a compare site. I did not make a decision to change my supplier, however the compare site rang me back. Their figures showed at least six suppliers cheaper than British Gas, I have now changed. Whilst I had the bull by the horns, I rang Virgin to see what reductions they could make with my package. Sure enough they found available reductions. Thatcherite companies such as the two I have mentioned where using my complacency to rip me of. (The price is what you can get is still firmly entrenched)
07/01/14 boblet
-2

We Need A Financial Safety Net

If my total annual fuel bill has been estimated at £1167.65 per annum [£97.30 per month] which actually are the estimates provided by the fuel company to me, and if my contract with the company who supplies me is a fixed monthly direct debit, which is meant to spread the cost over 12 months, why is my fuel company charging me £142 per month in my direct debit? This is 46% higher than the consumption they have said that they expect me to use.

That's what I call GREED on a grand scale. They are robbing me. This is a commercial company. Does this excess payment go into any kind of trust, where this greedy commercial company cannot get its hands on it? Does any of this excess payment earn me any interest? Am I protected if this company goes bankrupt?
07/01/14 We Need A Financial Safety Net
1

The Gloom of a British Winter

My partner cannot stand the modern energy-saving lights. She calls them "misery lights", lights which accentuate the gloom of winter in the UK.

She has to have the very expensive halogen lights on for 17 hours a day, for medical reasons.

Yeah heating up poorly insulated houses is a huge waste of energy. I think we should all emigrate to Indonesia then problem solved. There you can wear shorts all year long. lol
03/01/14 Nick
-1

"That's like 2kW. Are you heating up a king's palace or what?"

Drivel from the uninformed. UK electricity price is around 12p/unit. A unit is 1 KWh. A typical space heater, or anything with a heating element in it is 2-3 kw. so running it for an hour = 2KWh = 24p. You don't have to be heating 'a king's palace' to burn 2KWh.

By the way it's 2 kw, not 'like' 2kw. Please try to not ape the way the lowlife speak, even if you are one.

On another matter, one of the biggest wastes of power is airconditioning, almost completely unnecessary in the UK even if people have convinced themselves otherwise.
03/01/14 Friday Lunchtime
-4

Back in the old days, a student in bedsit land, a 2kw electric heater would hardly keep the place warm; no double glazing or loft insulation then, even in a modern property you would be struggling to keep one room warm with a 1kw fan or radiant heater.

The point I was making is that people switch off lights "to save electricity" when they should be switching off electric heaters, cookers etc that consume vast amounts of energy, leave the immersion heater on though, a modern tank is well insulated.
02/01/14 Stalag14
-3

Joe public needs to be more informed about the cost of running electrical appliances.

A daily paper published a letter from a "poor starving pensioner" who stated that leaving a TV on standby costs Â£3 a day, more like Â£3 a year!
In my case less than a Â£1 a year.

Another P.S.P., who was interviewed, on the telly, said she couldn't afford to put a light on.

THE FACTS: A modern lightbulb uses about 10 watt per hour, you get 1000 watts for one hour for approx for 12 pence so you can leave the light on for 100 hours for 12 pence.

The same people will happily use an electric heater consuming 24 pence for one hour and go around switching lights off.

That's £3467 per year!
that is three times the average British usage!
I think you need to look at where you can cut down your usage as that is a huge amount. Do you have a big house?
02/01/14 Samson (Delilah's too busy to post)
-1

Just calculated that we have been spending for the last three weeks an average of Â£9.5 per day on gas and electricty.

And we use energy saving light bulbs too

So where is all our money going?
01/01/14 Heading towards Bankruptcy
2

Why is UK Bankrupt?

Why are we allowing the French and Chines to build our nuclear power stations of the future? Are the nuclear engineers and construction of this country so blooming useless? What has happened to British Education over the last 50 years? We built our own power stations before. We were leaders in nuclear technology.

It is all a sign that the successive governments running this country over the last 60-70 years, since the end of World War II have been utterly useless - a gross case of mismanagement of the UK's wealth and skills. Thatcher handed the country over to the bankers to make a profit. They in turn asset stripped the land, and made it bankrupt.

And Darkness Descended On The Face Of The Earth

We tried saving energy using those energy efficient light bulbs. My wife calls them "misery-lights" as they only seem to cast gloom. Give us back our proper light bulbs
28/11/13 And Darkness Descended On The Face Of The Earth
1

UK energy prices are already high as they are, but to those households spending in excess of £100 per month on electricity/gas I must say you've got to be more careful with your usage as there must be a way of reducing your energy bill.
26/11/13 Nick
-6

It is called human nature. Certain countries have a corrupt system, it is their way. Nothing wrong with that you may think, nothing to do with us we might say. Hang on, I say, these foreign countries with their questionable ethics own our energy & charge us according to these ethics.
26/11/13 boblet
-1

Why can't I make payments the easy way?

Why do cheap batteries not last very long?