There's a growing and very real problem in this country with teenagers and whilst young people acting out has always happened and is an expected part of growing up, the things that are happening now are totally unacceptable.

There's a story practically every week in the news about gangs of youths intimidating people, damaging property, being aggressive and in some cases causing actual harm.  The cause of all this can be debated eternally.  Was it the fault of the parents, the teachers etc.  But the fact is that this is out of control and nobody seems able to stop it.  The latest excuse is that it is because of the lockdown and personally I don't think that's good enough and certainly doesn't forgive the behaviour I'm talking about. 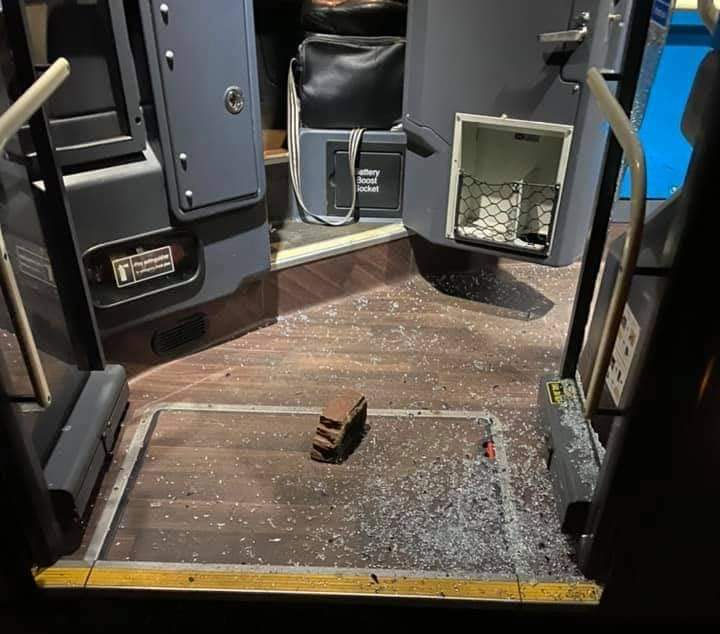 In the past teenagers would have been too scared to do these things.  They would have been scared of what teachers would do.  They wouldn't want to attract the attention of the police and they certainly wouldn't want the wrath of their parents.  But now they have no fear, are too well "protected" and thanks to social media they are also very well organised in their activities.  They think they can do anything without facing consequences.

At the foot of this article I've included snippets from local press outlets to highlight the problem.  You can also do a quick Google search on terms such as "youths passers by" and "group of teenagers" then restrict the search to the past month.

Police investigate after 'laughing teenagers pushed pensioner into River Mersey'
Police are investigating after a 74-year-old man was deliberately kicked into the River Mersey in Cheshire, watched by a gang of laughing youths.  A mobile phone image was filmed just before the attack.  It shows one of the youths about to launch the kick that sent the elderly victim face first into the water.

Linlithgow firefighters attacked while tackling 'deliberate' fire
A fire crew said it came under attack, after it was called to put out a fire in a West Lothian village.  Scottish Fire and Rescue Service said that the fire had been "deliberately set", and added that the large number of youths that subsequently gathered at the scene became quite hostile.

Group of youths 'intimidating the public' in Musselburgh
Youths congregating around the Brunton Hall, North High Street and Fishers Wynd have been highlighted by East Lothian Police as engaging in anti-social behaviour, during the day and into the evening.

It's nice to see the SCROATS and braindead/ inbreeds are giving my posts red down ticks, must mean I'm winding these A/wipes up. Keep the red ticks coming you angry little things, cause it really gives me a cosy warm feeling.
17/06 Jethro
-6

I’m from America and I can tell you that, naturally, there will be teens behaving badly bc they’re teenagers but here I have noticed that the crime rates have gone up significantly in left leaning states. The laws have changed in places like New York and California bc they don’t want to go after criminals out of fear of being called “racist” so now we have young adults and teenagers that are totally out of control. No surprise here.. the states with the most relaxed laws when it comes to crimes like shop lifting, assault, etc. have also decided they want to “defund their police” and murder rates in these places are up, up, up! Some are as high as 800% increase in just 1 year. I’m not sure if you guys experience a correlation in behavior of citizens and local politics but here, you can literally predict how ppl are just based on who their governor/mayor is
16/06 BLMcanFKOFF
2

@ L/Lass, I see there is now 16 red marks against GOW excellent post, and 2 against your's to start. Just goes to show how many brain dead inbred scroats there are wasting space today. And, these SCROATS are still allowed to breed more SCROATS. Let's hope they are all COVID denyers refusing the jabs and get what they deserve.
10/06 Jethro
-12

I couldn’t help but notice that there is only 6 comments on this Gripe, including mine, all predominantly agreeing that today’s society needs to change what is needed is more deterrents and more discipline to keep these unruly kids in check. However the negative feedback especially on my old comment and GrumpyOldWomans comment (excellent comment by the way) I find disheartening. So, it’s ok for you to vote with the negative button but at least back it up with a comment, or maybe deep down you know we are right.
10/06 LancashireLass
-15

Well said GOW. In this case actually the police were pelted with bricks and bottles. This seems to be a growing thing up and down the country. No respect for the law and think they're untouchable. But there again maybe that's true.
21/05 Kenny
4

Parents aren't allowed to smack their children, and often the parents are no better anyway; if the schools try to discipline them they end up getting into trouble, often with the parents; there are no "bobbies on the beat" watching out for kids misbehaving and if any officers do spot bad behaviour they aren't really allowed to do anything.....................all this needs to change!

And by the by, the person who has marked Lancashire Lass' excellent comment down is an idiot!
21/05 grumpyoldwoman
-29

This is pretty disgusting.

Good Gripe Kenny and absolutely spot on. I remember the days when respect as well as good manners was passed down and taught by a strong family network I remember my sister and me getting a clip around the earhole for stepping out of line and it didn’t do us any harm and the worst mischief that I got up to was playing Knock A Door Run, and I still bricked it in case I got caught. No matter where you go kids are left to run riot whilst the lazy parents spends their time not interacting with their offspring but catching up on Facebook/Twitter/Snapchat (take your pick). When I was young any adult had authority you had to respect them. Thanks to the do gooders of the country we have At least 2-3 generations where discipline is non existent, good manners are not passed down and taught to the children and the result is that kids are hideous feral beings. I have a saying Scrotes breed Scrotes and it will get worse unless teaching that antisocial is not acceptable and that in being antisocial has consequences.
02/05 LancashireLass
-31

Teenagers under 16 may soon have a Facebook and Snapchat ban