It is so frustrating when people stand by and take all the credit for your achievements without having earned the praise or awards themselves.  It happens almost every day and I'll bet it has happened to you at some point in your life too.  It happened to me recently when I went on a training day at a racing school.

I was paired up with another lady, who I had never met before.  I introduced myself correctly, and throughout the day the training emphasis was on the other lady as she appeared to need more help than me.  (I had been reading up on techniques and stuff before the day)

At the end of the day, the instructor filled out feedback forms and he mixed up our names.  I was livid, because when the feedback was read out for the whole group I felt insulted, as my instructor had not told me this stuff when we parted.  Then when the other lady had her feedback read out, it was obvious to us both that her feedback was aimed at me (Specific references in there).  She ended up getting the credit for my performance during the course.  Afterwards, it was acknowledged by the racing school training centre that our names had been mixed up by the instructor, so my score was meant to be 87, mostly A's and B grades and hers 65 (all C grades).  See why I was not happy to get that score out of 100? 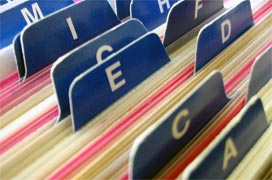 Well this woman decided to be stubborn and refused to hand back her feedback form.  Unfortunately they needed to have both to cross-copy the feedback's and marks.

This meant I have pretty much wasted my money and efforts to get certification in this, as I do not have my correct mark on my form and should I want to progress further, I need to re-do the testing or training.  How crap is that?

All because the instructor at this racing school couldn't take the time to learn our names, and because the other lady wouldn't be honest with it and wanted her inflated grade courtesy of me.

A poor end to a good day out.

Racing school was originally intended to be a place to nurture young motor racing talent; but then they found out that they could make more money by providing corporate jollies for overpaid executives!
19/08/09 grumpyoldwoman
-8

What the hell is a racing school anyway?

Oh come on what is this crap I'm reading. Are you a man or a piece of carpet that people wipe their feet on. Stand up for yourself man. Jesus wept..
19/08/09 R1 never behold
3

Doesn't just happen with racing school instructors, by the way, I bet that cost a few bucks.

There's people out there who are just waiting to take credit for your achievements. Best thing to do is just move on.
05/05/09 Miggy
9

Isn't this covered by the "Sale of goods act"

They provide a service which has to be paid for, so I should think it should be covered.

Sod that, I would do the re-cert at their cost and ask for the next level to either be free or heavily discounted.

Plus you might want to get your name tattooed across your forehead.
20/04/07 Equitable Joe
1

Dyslexia in a topsy turvy world

PowerPoint presentations are so boring