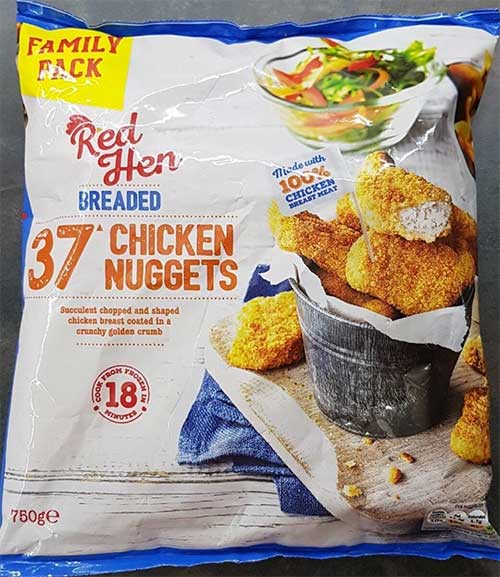 Can we stop pretending Lidl and budget supermarkets are decent?

What happened to the British?  I feel the urge to inject some honesty into this myth.

We like to pretend we're a nation of high quality manufacturers, but let's face it, we don't make things anymore, and when we last had companies that did they were a laughing stock of the world (British Leyland's bus-into-a-train hybrid - the dreaded Pacer, for example, while Japan had the Bullet train a few decades earlier), Sinclair, anything by 'out the back of a van' Amstrad - you get the idea.

Sure, we led the world once, but we won the World Cup once, too.  Now, we're a lap-dog economy that sold off every successful brand to the foreign investment company with the highest bid.  Short term gain, something our governments seem to like.  'Get rich quick' (and do a runner before the fall out).

With Morrisons, once a great British northern institution about to sell out to a foreign property tycoon asset stripper (oops, I mean, investor), it made me reflect on the seemingly unstoppable rise of the 'discounters', Aldi and especially - for the sake of this gripe - Lidl.

For years I've been bombarded with news stories (yes, this constitutes 'news') claiming that Lidl is the pinnacle of everything, all at incredible prices.

Honesty, please.  It never was, and it isn't.

How can people who actually eat normal food (not ready meals with salt contents which don't even seem legal) call this a quality shop?  Is food just something to put down a pipe - do these people have taste buds?

Lidl really isn't any kind of saviour, or anything to savour.  It's a race to the bottom, with added dustings of mould on the fruit and veg.  If it isn't an additive-sugar-laden junk food or ready meal, it probably only got shelf space because it's going off.

Middle isles which - aside from the odd genuine bargain - are banks of throwaway plastic junk from China (coming to clog an ocean near you soon), 'fresh produce' pre-composted for your bin, which cannily has no expiry date, isle upon isle of off-brand fizzy drinks, stodgy yoghurt and flavourless 'looks-like-the-real-thing' wonders galore. 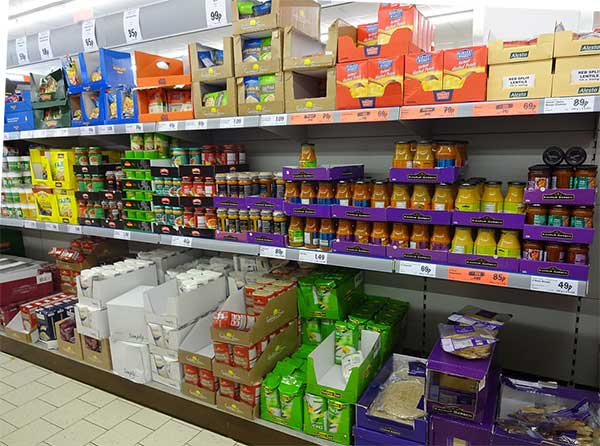 Is this really what the British have sunk to?  Quantity over quality, junk on an American scale, all the while making foreign companies (Germans having their revenge here?) richer?

All the while we moan about how our high streets are just charity shops and overpriced coffee chains, as we abandon the local greengrocer, baker, butcher, farmer for this mediocrity?

Even Tesco, Sainsburys and our vastly superior homegrown supermarkets are now 'too expensive' compared to these mythical Germans with their overworked staff and filthy tills, because - if we judge our country by what we eat and, by extension, how we value ourselves, quality is no longer a British trait.

You are what you eat!

Footnote:  I hate to be so negative to Lidl, as if it's a personal vendetta (it really isn't - I'm not bitter about the rotten fruit and veg, promise), because it's an okay place to pick up milk and basics and the odd branded staple, and sometimes the middle isle throws up a genuine bargain, but I'm disillusioned by how we've just accepted crap (and the bulk of its food is), instead of forced companies to do better.   Is this how we really value ourselves and society?

Just read another comment about the checkout. My local Lidl used to have self service checkouts which suited me no end, but they got rid of them. When I asked why, the reply was down to customer feedback apparently..
18/03 Mikel
0

I find shops like Lidl & Aldi very hit and miss. Some great finds and some not so. What stops me shopping there is the insanely fast checkout procedure! Just throwing everything down the line at a stupid pace. They might as well say get out once you've got your receipt.
18/03 Mikel
0

unfortunately, a very large proportion of the people who live in the UK cannot afford to live on the wages that they are paid which enables a much smaller group of people to eat fresh dine out 2-3 times a week pop in the local deli in portobello for organic cheese and wine and gripe about all the unemployed who should eat oats/gruel instead of complaining that they can't afford to heat there homes
17/03 intherealworld
1

Many items are lower weight, eg 4 pork pies 30p cheaper than the same from Morrissons but each pie weighs 15grs less than the Morrissons, so actually cost the same. Having to stand in a long queues with no self checkout option is another reason I very rarely use Lidl as they have loads of checkouts but rarely have more than two open no matter how busy the shop is.
29/11 artuk
2

It's a race to the bottom, with added dustings of mould on the fruit and veg. If it isn't an additive-sugar-laden junk food or ready meal, it probably only got shelf space because it's going off. www.concrete-tampa.com
03/11 Anderson
0

The only fault I can find with my local Lidl is the lack of staff, all of them seem to be always on the tills so if I wish to ask a question there is nobody available to answer me.

As for quality I find it's much the same as Asda or Morrisons and the prices are cheaper however their range of products is smaller.
11/09 barlimo
1

I think both of you are right in different ways. The problem really is that large numbers of the British public haven't been taught how to cook or how to eat properly. It's not taught in schools these days unless I'm mistaken. Too many are only interested in getting the cheapest food and don't care about the quality, and the percentage of income spent on food has dropped drastically in recent decades.

Some good stuff can be found in even the cheapest supermarkets if you are careful about what you buy, including some continental items that Tesco etc. don't stock.
25/07 grumpyoldwoman
4

I like Lidl and Aldi, the picture you paint is just wrong.

My nearest Lidl and Aldi both have in-store bakeries, which provide freshly baked bread, rolls, and cakes. The quality of their food is first-class. Both also offer a range of quality products from Europe, notably Germany, in cooked meats and cheeses.

You claim that "Even Tesco, Sainsbury's and our vastly superior homegrown supermarkets", I assume you mean Waitrose by the latter? You sound like a friend of my late mother, who shopped at the CoOp, but carefully put the stuff in M&S bags so the neighbours would not know.

The "Middle of Lidl" (and Aldis equivalent) is often reasonably priced, yet decent quality, I have some of their power tools, my neighbour (a builder by trade) is impressed by their battery electric tools, he reckons they are "pound for pound" better than his "professional" kit.

Tesco, Unilever and the Marmite row