Unfortunately there are many who feel science is untrustworthy and warrants ever vigilant suspicion.  There are many examples to base this idea such as coffee is bad for you when 2 weeks later its good for you.

Scientists can be just as fickle with chocolate, real butter and wine.  I suppose eating and drinking most things in moderation would surely do us no real harm, but what does harm people are the charlatans who peddle their wares extracting huge amounts of hard earned cash from us.  These people and big businesses should warrant more suspicion than any scientist you care to mention. 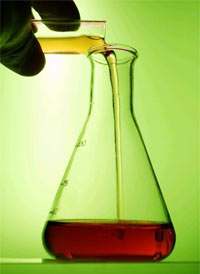 The following are products and services that have no scientific basis to support their effectiveness therefore they don't work; they aren't true and should be avoided at all costs.

If you seriously believe any of these than you need some one to explain to you that Father Christmas does not exist and neither does the tooth fairy.

The next decade is crucial in combating declining ocean oxygen levels which are threatening sealife and could 'jeopardise humankind', experts warn

Study was carried out by the International Union for the Conservation of Nature
Findings were presented in Madrid at the global UN Climate Change conference
Climate change and pollution were named as the main causes of oxygen loss.

One foot dangling over the chasm of extinction, and the human race just cannot change it's greedy, self obsessed ways. Maybe this was always destined to be.
08/12/19 Jethro
4

Get ready for even more drastic changes on the planet Earth. The human race may think they are in control, but Mother nature will have the last laught.
19/08/19 Jethro
4

They say everything has a begining, if that is the case,I wonder who was the flash bastard who invented the entity GOD that has caused the human race so much grief and pain?
17/04/19 Guest
7

Where was the great sky wizard when his Notre-Dame monument was burning down. I suppose the religious experts will have an answer for this already worked out.
16/04/19 Next
6

To the person who first composed this post, I salute you sir.

"We think we are intelligent and yet we know very little. In reality we are trapped on a planet with nowhere to go. We cannot survive in over 90percent of our Earth's environment (includes atmospheres and oceans) and half the world's population believes in sky gods."
18/01/19 Next
2

Athiesm is the only way.

A gripe I have is so called "Paranormal Investigators", "Mediums" and the like, who charge people to rid their places of residence of evil spirits and to contact deceased relatives.

This should be illegal as there is not one bit of Scientific evidence to prove there are Ghosts, Spirits, Poltergeists etc. However, if people are prepared to ignore this and throw money down the drain then that's their look out.
09/09/11 Athiesm is the only way.
3

Fair comment to the OP but consider..a fair bit of this "pop science" stuff is reported in the likes of the Daily Mail which would probably be fair to say is at best biased, and undoubtely has agendas with stirring up public opinion for debates such as we see here.

This is the same paper that is obsessed by Cheryl Cole and Pippa Middleton publishing the unbelievable trite nonsense about them. Hardly qualifies them as having the journalistic quality of an objective look at scientific evidence.
01/07/11 Dave
-5

For want of a better place to put this comment I will put it here!

I've been hearing on the radio today that they now think that injections hurt less if you watch the needle going in instead of looking away.

They have forgotten one very important factor in watching the needle go in: the possibility of pain incurred as you gently slide off your perch and fall to the floor unconcious!
10/02/11 grumpyoldwoman
9

Fed up with hearing of global warming. No - I am not an expert, but neither am I an idiot either. In 1815 Mt Tambora blew up and it resulted two years later in ' the year without a summer!' Mass starvation and crop failure, it snowed in the summer and the animals died in the fields. Then in 1980 Mt St Helens blew and resulted in the Winter of 1982 - which was much worse than this cold spell - although we still have two more months of winter to get through. No - I do not believe we are resoponsible for global warming - volcanoes throw out more gases in one eruption than we do and quite a few have blown their top recently. I said this on a newspaper website and had a rude response - "where shall we send your Nobel prize?" Rude as I do not purport to be an expert - neither though am I a moron - just am interested in the subject and read a lot about it.
27/12/10 Bagpuss
-7

Funny thing about scientists, isn't it? They don't mind the attention of the press when things are going their way, they welcome publicity if they think it might mean bigger research grants or more secure government funding or - let's not beat around the bush - a job for life, pratting about in their labs and prating about in committees and flying hither and yon at someone else's expense to be admired at conferences.  But when someone disagrees or dares to suggest that they haven't really told the truth or done their jobs properly, well ? they don't like it up 'em, do they? Their first thought is not rational debate, or trying to prove their case publicly and logically, but censorship. I'm a scientist, I'm important, I have your interests at heart, I know best. Do as I say. Think as I think. Or I'll scratch your eyes out, you evil cow.
08/12/10 DSG
-1

mardi gras; if you really are a doctor, God help us all!

With your poor spelling I am extremely worried that you may not know vital facts such as the difference between the prefixes "hypo-" and "hyper-". Confusion of the two could produce fatal results.

MikeP, you are perfectly right about the attention and advice given to patients by homeopaths and other non-conventional practitioners. Similarly, I have three basic family medical books in my library; two are on allopathic medicine and one on homeopathy. I always find that the last one gives the best and most detailed advice, even if that advice is to consult your GP!
13/10/10 grumpyoldwoman
5

I'm not convinced that homeopathic medicines work beyond the placebo effect. What undoubtedly does provide a benefit is the care and advice given by the practitioner to the patient, this leads to a greater awareness in the patient of a healtheir life style, and attendant benefits.
13/10/10 MikeP
-8

knowing how they are made, I cannot see why homeopathic medicines would work but I cannot deny that people I know seem to find that they do.

This is a strange gripe that mixes up too many subjects to either just agree or disagree with. Lumping tarot cards in with counselling is just silly; I have a friend who is being helped enormously by a counsellor. Of course the counsellor needs to be a good one who has been professionally trained.

(I meant to say on another thread by the way that I am really sorry you can rarely drink coffee anymore, especially the Klingon variety!).
13/10/10 Kit
-5

Technology moves on, but are things better?

Emotional honesty - don't run away from that pain