For those of us outside the Infinity areas BT advertises 16Mb Internet for £? a month - I believe the prices will be changing again soon!

When I inquired about their offer, they tested my line and said I could get between 1Mb and 3.5Mb with their best estimate 1Mb.  They said that the "best estimate" could be between 1Mb and 2Mb wrong either way, but that the price for the broadband deal was the same as the advertisement.

I have two problems with this arrangement.  First of all, they could provide me with a negligible service, almost to the point of being no service at all and they'd still be within the 1Mb to 2Mb either way.  What use is that?

Post a message on our forum if your BT Internet is too slow!

Secondly, the limitation is due to the equipment they provide at my local exchange, their lines from the exchange to my house etc..  If a shop offered some item at a stated price for a pound weight, and then said,"Sorry, we only have small bags in this branch, so you will only get one ounce, but the price is still the same as we advertise for a pound" then they would quite rightly be prosecuted. 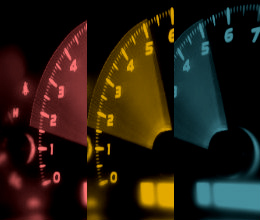 Why are BT allowed to make ludicrous claims which they almost never fulfil?  If I'm paying for up to 16Mb then I should expect something close to it or to pay a proportional amount less for my broadband.

BT Advertising - "within the standard agreed"

I took this further and asked the Advertising Standards people about this and was referred to Ofcom.  Ofcom said the advertisements were "within the standard agreed" and confirmed that BT were not actually required to prove that even one customer gets the advertised speed.

So where does that leave the customer - particularly those of us that live in rural areas?  Well as far as I can see it's a bit like paying your money, closing your eyes and rummaging around in a lucky dip bag!

It has also just become clear why there are so many cock-ups within the BT empire, it's not only the general public that cannot understand what the Indian support line is saying, it's also the British management back in this country.
09/12/15 Next
1

I cancelled BT and went Virgin cable on the 27th Oct 2015 because BT was so very incompetent and bad. Just recieved the final bill which includes line rental until Jan 2016. When trying to sort this out with an Indian speaker on the help line, I realized it was a total waste of time ( she could or would not connect me with an English advisor whom I could understand). So, after phoning my bank and confirming they had NOT debited my account, I cancelled the standing order. Suck on that you useless Tw4ts, because when they try to get their final payment, I shall write back in broken Hindi/English gibberish.
08/12/15 Next
1

Rob,
have you considered possibly calling BT to see what they can do ? that's what most people would do and believe it or not, sometimes it gets fixed. Usually down to a line fault as if you were promised higher speeds I'm assuming that you are not a million miles from the exchange or maybe a problem with your wiring. Have you checked that everything is filtered etc. It might sound obvious but you'd be surprised how many people don't check the simple things.
22/08/13 Nick
-3

Actually I solved my own problem! I went for a mobile dongle, put it on my desktop, and now happily get over 10Mb which is plenty for me.
05/11/12 Charmbrights
-1

I signed a contract to be able to get "Up To" 8mbps, but was never able to get any better than 1.8mbps download and 0.2mbps upload speeds. Simply put, I live too far away from the exchange (about 1.5 miles).
I got sick of that and signed up to fibre-optic, with a maximum of 40mbps. Now I get around 35-37mbps download and 1.6mbps upload speeds almost constantly - well worth the extra £10 per month.
25/10/12 Alf Red
3

You want your independence? Develop your own infrastructure.
24/10/12 Build your own
2

@the both of you - The UK have launched an iniative of about 100million£ to develop network communciations in the UK and no doubt Mr London will be first to benefit from it.

Unofrtunately up here in Scotland we will have to wait +4years no doubt!
24/10/12 Public Worker
6

@anonymous64 I wasn't complaining, just joining the discussion. We need to compete with the rest of the World and Internet communications are just as important, as the Railways were during the Industrial revolution.
20/10/12 Talk Talk Customer.
-7

@Talk Talk Customer: "The speed is very poor in U.K as a nation comapred to other developed nations." Why don't you emigrate instead of whinging about it here? You've clearly never been to Ireland or Australia! Their broadband is the very definition of "poor" even in comparison to the UK!
20/10/12 Annonymous64
-1

I use many speed checker's. Talk Talk's give you the speed at your PC and the speed at the exchange. This is usefull to know if your setup is at fault or the broadband company. BT may have someting similar. I only get 6.2 mbs max on average 5.5 mbs. My top speed is only 7.2 mbs with 10% upload. For my needs the service is fast enough (online games, 1 PC in house). The speed is very poor in U.K as a nation comapred to other developed nations. I use an ethernet cable as my top speed does not allow faster than the capacity of the cable. I would only recommend Wi Fi for mega speed set up's or when your cable can't reach.
10/10/12 Talk Talk Customer
-1

As far as i know no-one offers a 'broadband speed' it is 'up to' as unless you check your line you have no way of knowing what speed is available in any specific area. Unless you use a cable connection. Also the speed cehckers are nonsense, try differrent ones and you get widely varying results. I switched to Virgin cable becaue at last someone is prepared to offer broadband without insisiting you also pay extra for a phone number, even BT still insist on an extra £14.50 non-optional to add a 'phone line' to the BT fibre optical internet connection. Whether I use Skype for phone calls or my mobile I never spend £14.50 a month on calls but BT insist you pay that to provide an option that you may not want. so Virgin charge me £22-50 a month for cable internet, 30meg, and it runs at 30meg. btw, many people complain about poor speed but use wireless routers, even my 30 meg virgin only runs at 30meg if I connect via ethernet, and max via wireless router is 25meg.
09/10/12 artuk
0

Oh, it doesn't worry me. It amuses me that people can be so stupid, but I do get fed up with trying to read some of the badly written drivel that gets posted.
08/10/12 grumpyoldwoman
-6

"Now, just why would somebody keep marking down my comment below? What's not to like unless you work for an ISP?"

Because a lot of the people who post on this type of forum are mindless cretins who, having decided they disagree with your point of view on one topic, will systematically 'mark down' anything you say especially if it deviates from the thinking of the common herd. They are jealous of people who can write properly and express themselves in words of more than one correctly spelt syllable.

I wouldn't let it worry you, and I am sure this comment will get a lot of positive marks from the intelligentsia!
07/10/12 Friday Lunchtime
-6

No Internet connection, BT and ISP blame each other