I've been monitoring the whole Brexit debacle for a while now with more than a passing interest.  I thought long and hard before I made the decision to vote and voted to leave the European Union, along with more than half the country I hasten to add.  The majority of the country voted to leave and the politicians in Westminster have a very important job to do, to deliver what we voted for.

They're not doing this though, they're behaving like the bunch of scheming bastards they are - excuse the strong language, but this has gone on for long enough!

Boris Johnson seems determined to deliver Brexit and yet is being thwarted in the effort by MPs who claim that 'no deal' would be a bad thing.  Personally I'd rather get it over and done with, deal or not, and I don't believe that the powers in Europe have any intention of making any concessions for the UK.  I also don't believe that Jeremy Corybyn and his cronies or the one trick pony "SNP" are rattling their sabers for the good of the country either.  No, they've got their own agenda and that will always be a priority no matter what they say. 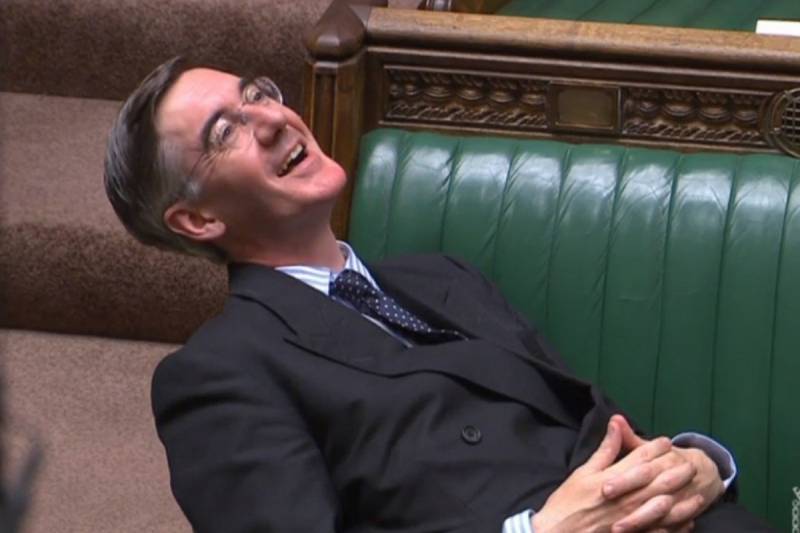 I've never voted Tory in my life. I certainly won't vote SNP or Labour any time soon and the Lib Dems are as much good as a chocolate fire guard.  I suspect there is going to be a general election soon and I hope it's sooner rather than later because I think this needs to be done.  Brexit has to happen by the end of October.

Maybe I'll vote Tory this time.  My parents would be shocked and disappointed if they were still around.  But it's for the good of the country, right?

By: Fed up with lying scheming MPs

Ah, the sad Brexiteers, who didn't read the small print. They say "bring on WTO rules", do they realise that the WTO has a court that can impose rules on member countries? So much for "getting our country back". Likewise, and trade deal with the US, Japan or Andorra will include some mechanism to resolve disputes, another "foreign court" ruling on UK matters.
05/03/20 Jacob Right-Smug
1

Turkey says millions of migrants may head to EU

Perhaps Herman Van Rompuy, Donald Tusk or the likes of the Brussels gang will be able to find room in their houses to put a few up?
03/03/20 Jethro
1

Now let's see how united the EU is. Let the money fighting begin. I think there will be a few countries regreting not backing the UK and dumping the Brussels dictators.
21/02/20 Jethro
0

It's not the people of France, it's that prick of a leader that's causing all the agro, and all those twats in Brussels. Remember, the French people are revolting againt their so called leaders.
17/02/20 Jethro
0

And now the EU civil war begins. Each EU country will now be looking very closely at those with their noses in the cash trough. OINK,OINK. Let the fun begin.
16/02/20 Guest
0

Let's get the facts right. People that voted to leave did so to rid themselves of the unelected bunch of power crazy tyrants and their mad cap laws in Brussels. We still support the European people and will continue to welcome them to our country with their skills and trades. The Remainers only thoughts were for their own pockets and position, not for the UK's future. No doubt there will still be the Remainers trying to cause trouble but they will be weeded out in the long term.
01/02/20 Jethro
0

Last ditch attempt is correct. Oh these losers must be so angry to realize us BREXIT winners have beaten them. Tonight I'am hosting a party, and we shall stick our middle fingers up at the remainers.
31/01/20 Jethro
-1

"Remainers are Champagne-sipping snobs who believe themselves superior".

Just seen this comment in a local newspaper. So I would imagin there will be some very dark diner parties taking place tonight among the presumptuous losers.
13/12/19 Jethro
10

Remainers will now only speak when given permission by brexiteers, and that will happen very rarely. J Swinson learnt this fact the hard way.
13/12/19 Guest
9

On behalf of the country I would like to extend hearty thanks to Mr J Corbyn for being such a repellant and terrifying prospect as Prime Minister that vast numbers of previously dyed-in-the-wool Labour voters have deserted and instead voted Conservative.

Special mention should also be made of Ms J Swinson for being quite possibly the least democratically minded leader the Liberal Democrats have ever had.
13/12/19 grumpyoldwoman
3

Yet more total crap from the journalistic propaganda hack brigade. Believe nothing you read, and only half of what you see.
07/11/19 Jethro
0

What a utter load of crap. This totally bogus poll is yet another frightener from the political/journalistic establishment. Lies, Lies and yet more Lies. All these liars and decivers should be put against a wall.
06/11/19 Jethro
1

George Osborne makes £320,000 from speeches in one month