I bought my Oculus Rift CV!  as soon as it was released, in fact I had it pre-ordered for six months before having tried out a development version at work.  I was pretty excited.

It didn't disappoint and I've spent many hours exploring earth in VR and playing some of my favourite games.  I must confess that I bought the device to play Elite Dangerous and to use with Flight Simulators.  Sadly the support for the latter was somewhat sketchy and surprisingly a game called War Thunder provided the most realistic, smooth and enjoyable flight "experience".  I never had any issues with the Oculus Rift until earlier this year when the microphone and headphones failed.  It was a known fault and after a few emails Oculus duly replaced the headset with a reconditioned one.  No problem there.

However, the point of this gripe isn't an issue with the headset.  My issue is with Facebook, or rather the fact that from January 1st 2023 in order to use it I'd need to log in with a Facebook account as Oculus accounts will no longer be supported.

I can't stand Facebook, I do not have a Facebook account (never will have one) and I refuse to have one so that I can use a piece of hardware I have that didn't require me to have a Facebook account when I bought it.  I know that Facebook owns Oculus, but I have been prepared to overlook that as it didn't interfere with my enjoyment of my VR headset.  Personally I think it's disgusting that they (Facebook) have decided to do this, but what do you expect from a company like that. 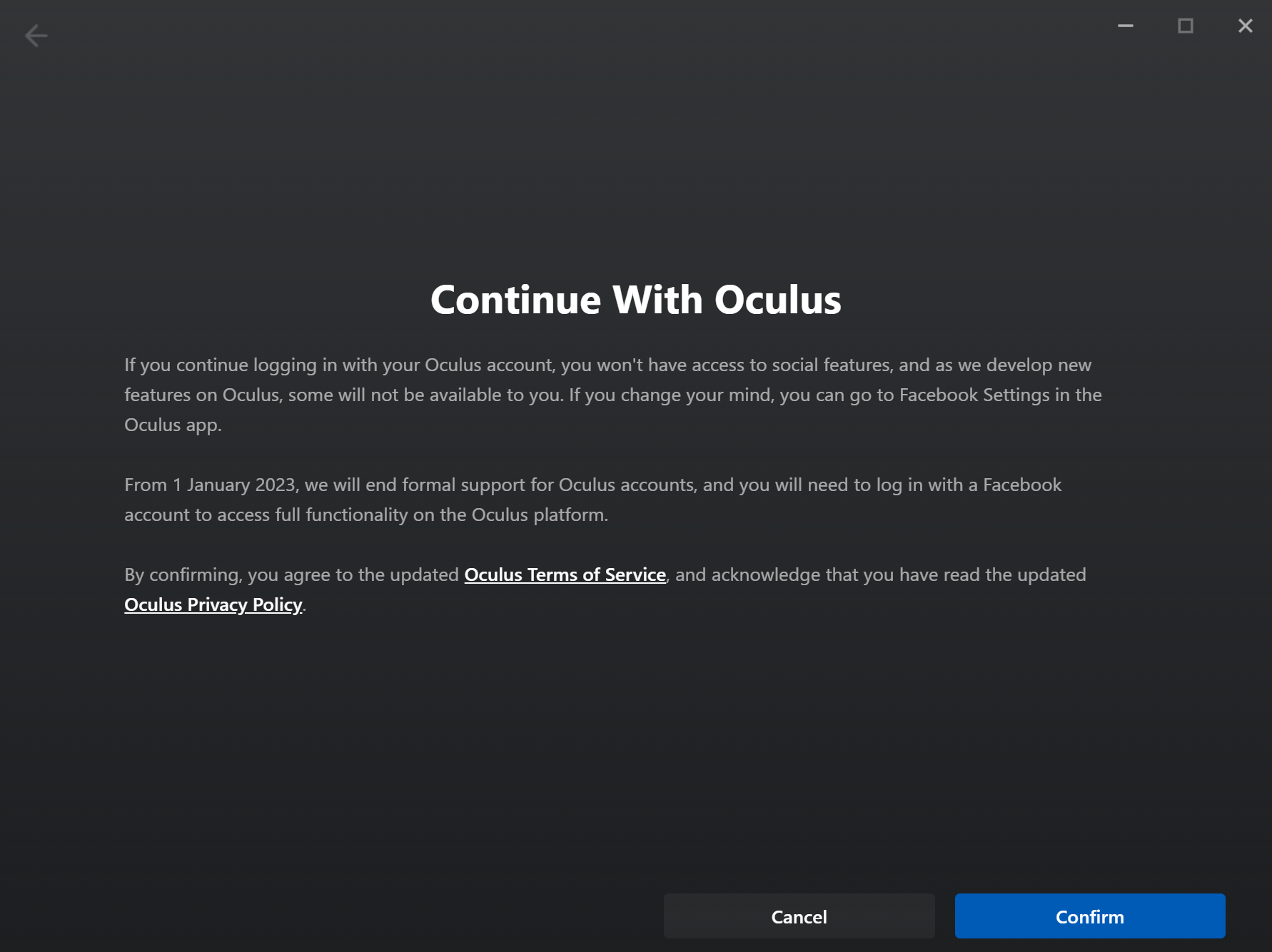 It looks like I'll be selling it soon and finding an alternative, and luckily there are now plenty of alternatives.

"Personally I think it's disgusting that they (Facebook) have decided to do this, but what do you expect from a company like that."

Yet, as Facebook own Occulus surely that is to be expected? As I understand it having a Facebook account does not require you to post anything, but I assume it means you can have interactive games (in VR) with others?
24/12 Timelady
13

It's 'company policy', words we all dread to hear